Pressure From Fracking Found to Cause Oklahoma Quakes

A new Cornell University study found that the dramatic increase in central Oklahoma earthquakes since 2009 is likely due to wastewater injection, or fracking, below the surface at just a few wells.

Lead researcher Katie Keranen says that it would be possible to expand shale gas and other hydrocarbon extraction without triggering so many tremors if the industry adhered to a uniform set of standards.

“The best practices include avoiding wastewater disposal near major faults and the use of appropriate monitoring and mitigation strategies,” said Keranen.

She added that earthquakes can be triggered up to almost 20 miles from where injection wells operate.

That’s far beyond the approximately 3-mile distance that was previously estimated.

The study found that as the increased subsurface pressure from the wells expands, it increases the probability that it will encounter a larger fault and trigger stronger quakes.

Fracking from only four of the highest-volume injection wells in Oklahoma are believed to have caused 20 percent of all recent central U.S. quakes. 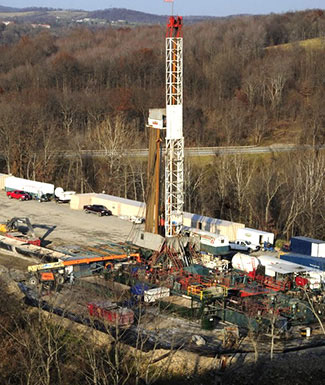 Typhoon Neoguri is located approximately 131 nm southwest of Camp Fuji, Japan. The final advisory has been issued on this system. The system will be closely monitored for signs of regeneration.

Brazil – Record floods in Brazil bring chaos to Amazon towns. For more than a month, Careiro da Varzea in the Brazilian state of Amazonas has been under water in one of the worst floods on record.

It is one of almost 40 areas in Amazonas in an emergency situation or a state of calamity affecting more than 300,000 people. Water pours through wooden bungalows in river communities, standing stagnant on the floors of their homes, bringing waterborne diseases and making access difficult without a boat. Since the end of last year, heavy rains have pushed the Rio Negro, which flows into the Amazon, to emergency levels.

Meanwhile, the biggest tributary of the Amazon, the Rio Madeira, reached record heights and caused the worst flooding in a century across more remote parts of north-west Brazil and northern Bolivia. Experts say the water is expected to remain until the middle of July before eventually subsiding, leaving those who live on the river to rebuild their vulnerable homes.

More than 60 people have died in Bolivia as a result of the floods, and in Brazil there have been deaths from bacterial infections such as leptospirosis. The population lives with polluted water for more than 30, 40 days inside their home and this has serious consequences for their health, especially for children. Residents improvise by laying down wooden planks as make-shift bridges, but the elderly struggle.

It seems that some species of fish just don’t have the heart to endure a warming climate.

A New Zealand scientist says that climate change could be a leading factor in heart failure for some fish because the creatures aren’t able to maintain an optimum body temperature in the warmer waters.

The University of Auckland study found that when three fish species from various environments were exposed to warmer water, their hearts failed to function as temperatures increased.

Biologist Anthony Hickey said the Australian tropical fish known as moon wrasse proved to be the most sensitive to the warmer water.

Hickey said the fish can withstand a rise in temperature of only a few degrees before cell structures in their hearts, known as mitochondria, fail to function.

The findings could have implications for the world’s food supply.

The moon wrasse, found in Australian waters, is among the fish species most sensitive to warming waters. 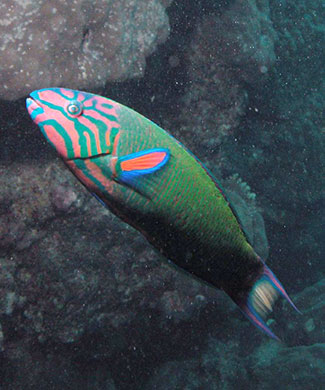 This natural-colour satellite image was collected by the Moderate Resolution Imaging Spectroradiometer (MODIS) aboard the Aqua satellite on July 10, 2014. Each hot spot, which appears as a red mark, is an area where the thermal detectors on the MODIS instrument recognized temperatures higher than background. When accompanied by plumes of smoke, as in this image, such hot spots are diagnostic for fire.

The World Health Organization (WHO) continues to monitor the evolution of the Ebola virus disease (EVD) outbreak in Guinea, Liberia, and Sierra Leone. In Guinea, the current epidemic trend shows low activity of community viral transmission, with only 1 confirmed EVD case reported in the last 7 days. This trend is being closely monitored, particularly in communities that had resistance to recommended outbreak control measures. The epidemic trend in Liberia and Sierra Leone remains precarious with high numbers of new cases and deaths being reported. The current active foci of the EVD outbreak have been identified as Kailahun and Kenema in Sierra Leone and Lofa and Montserrado in Liberia. The respective Ministries of Health are working with WHO and its partners to step up containment measures.