Two tropical depressions form off the coast of California/Mexico. The areas of disturbed weather have the potential for tropical development.

Thailand – Persistent rains have caused floods in 13 districts of five provinces, mostly in the Northeast, the Department of Disaster Prevention and Mitigation reported on Thursday.

The feeding grounds of blue whales along the U.S. West Coast overlap dangerously with shipping lanes, placing the behemoths in danger of collisions with ships, researchers say. This finding could help prevent human threats to these endangered titans, scientists added.

Blue whales are the largest animals that have ever lived on Earth, weighing in at 330,000 lbs. (150,000 kilograms) and reaching up to 108 feet (33 meters) long. They are gentle giants, grazing the oceans for tiny bits of food in seawater, with mouths large enough to hold 100 people.

Blue whales, along with many other whales, became endangered due to commercial whaling. Their numbers have been slow to grow, despite rules protecting them established by the International Whaling Commission in 1966, and scientists have suggested that one reason for this slow recovery may be collisions with ships that injure, or even kill, the whales. 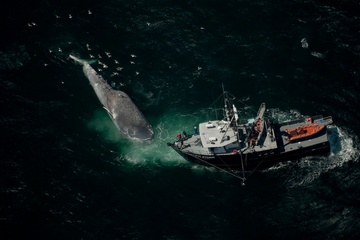 WHO continues to monitor the evolution of the Ebola virus disease (EVD) outbreak in Sierra Leone, Liberia, and Guinea. Between 18 – 20 July 2014, 45 new cases and 28 deaths were reported from Guinea, Liberia, and Sierra Leone. These include suspect, probable, and laboratory-confirmed cases. The respective Ministries of Health continue to work with WHO and its partners to implement outbreak containment measures.

The doctor leading the response to the Ebola outbreak in Sierra Leone has been infected with the highly lethal virus, according to news reports.

The massive fire — called the Carlton Complex Fire because it’s the spawn of several fires that merged into one enormous blaze — spread over a quarter-million acres of north-central Washington on Wednesday. It was 52 percent contained Wednesday night as crews made significant progress along the fire’s east and south sides.

But firefighters had to be pulled off the line on the north side because of the danger posed by strong thunderstorms causing 50-mph winds and flash floods. While the rain was slowing the progress of the fire, “it takes a lot more than that,” said Andrew Sandri, a spokesman for the combined state and federal incident response team.

One person has been killed and almost 500 homes have been evacuated by the massive fire, which has drawn more than 2,500 firefighters from across the country.

A blaze in northwest Colorado exploded Wednesday to an estimated 8,000 acres.

On Thursday, two 20-person Colorado State Wildfire crews will join local firefighters in battling the Alkali fire, which has burned down a home and barn, jumped county roads and started spot fires.

A firefighter suffered from minor smoke inhalation and three people were evacuated because of the fire, which was first reported at 2:30 p.m. Wednesday on private land 13 miles north of Maybell in Moffat County.

Fire crews in northern Utah worked Wednesday to control a handful of fast-growing blazes as the state’s central and western regions braced for strong winds, thunderstorms and low humidity likely to start new fires, according to the U.S. Weather Service.

The Anaconda Fire five miles northeast of Tooele had burned about 2 square miles of brush. Fire investigators said they believe lightning ignited the blaze, which was 25 percent contained.