In the Eastern Pacific Ocean:

Cristina is dissipating and is expected to be downgraded to a remnant on Sunday.

In the last decade the once abundant catch of fresh fish in Lake Malawi has shrunk by 90 percent.

In the past, fishermen would on average catch roughly 300 kilograms of fish a day, but that haul has dropped to no more than 25 kilograms.

“We go fishing but never come back with much,” said Njeleza, a local fisherman, waiting by the lake with a bag full of homemade jewellery slung over his shoulder. “And we don’t catch big fish.”

Lake Malawi, one of the deepest in the world, is estimated to have the largest concentration of freshwater fish species — up to 1,000, according to the UN Scientific and Cultural Organization (UNESCO).

And a local favorite, the Oreochromis lidole or “chambo” as it is known in this landlocked southeast Africa state where it is a vital source of protein for millions of poor, is among the hardest hit.

In its last study on chambo, the International Union for the Conservation of Nature estimated in 2004 that the population had declined 70 percent over the previous 10 years.

Overfishing is the main cause, and scientists blame both a lack of government muscle to enforce seasonal fishing bans as well as environmental degradation.

“The primary reasons why the fish stocks, specifically chambo, are going down is overfishing, and degradation issues because of factors related to the effects of climate change,” said William Chadza, director of the Centre for Environmental Policy and Advocacy in Blantyre, the country’s finance and commerce hub.

Climate change is said to have affected rainfall patterns and caused a drop in the lake’s water levels, also hit by the effects of deforestation on tributaries feeding the lake. 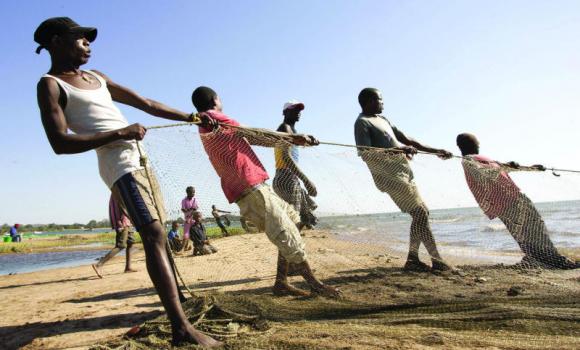 San Miguel (El Salvador): Seismic activity, in particular volcanic tremor levels, have sharply increased since 9 June and reached the so-far highest values measured since the beginning of this crisis. A new eruption of the Chaparrastique volcano is becoming more and more likely. The volcano’s visible activity continues to consist in pulsating gas and minor ash emissions. Civil protection is trying to evacuate more and more people living close to the volcano, but many residents are hesitating or refusing to leave their homes. Gas masks are being distributed.